We could be like Selena and Biebs, wild and free, a couple disobedient teens. Sneaking out to meet around like 2 o'clock in the eve/Paparazzi in the bar and we just hot in the beach.

So spits out Asher Roth in a verse from the new remixed version of "Boyfriend," as that rapper joins forces with 2 Chainz and Mac Miller to update Justin Bieber's smash hit.

Roth is referring, of course, to the Biebs and girlfriend Selena Gomez, about whom Justin penned this single.

Bieber linked to this remixed version of the track on Twitter yesterday, while also updating fans on the second song off upcoming album "Believe." It will be titled "Die In Your Arms." 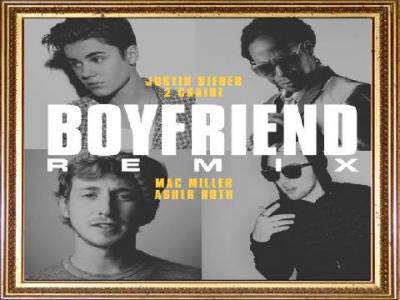 Hey, have you checked out the Justin Bieber tour dates yet? When is he headed to a venue near you?

Posted by adam lambert arrested at 03:23